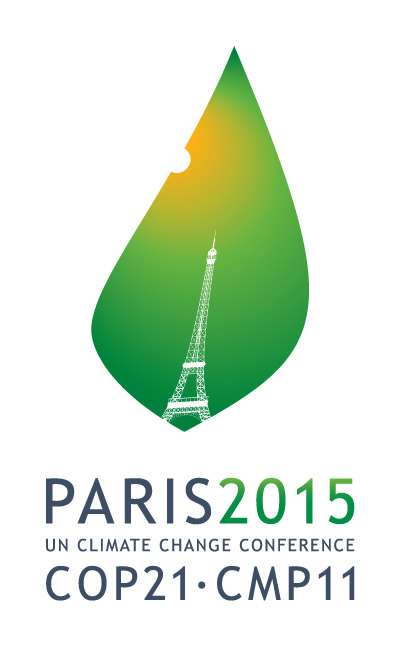 At the U.N. Climate Conference in Paris, known as COP21, 196 countries joined together in the Paris Agreement, a universal pact that sets the world on a course to a zero-carbon, resilient and prosperous future.

According to the IPCC, global warming of more than 2°C would have serious consequences, such as an increase in the number of extreme climate events. In Copenhagen in 2009, the countries stated their determination to limit global warming to 2°C between now and 2100. To reach this target, climate experts estimate that global greenhouse gas (GHG) emissions need to be reduced by 40-70% by 2050 and that carbon neutrality (zero emissions) needs to be reached by the end of the century at the latest (UNCCC)

Is this achievable and is it enough?

To stabilize at 2°C, emissions need to peak now and fall by 10% of their peak value for every tenth of a degree of warming from now on. The world is currently warming by a tenth of a degree every 5-10 years. Action must be taken now.

Almost all the IPCC’s scenarios project that other sources of pollution (methane, soot and the like) will add at least another 0.5°C. If we take immediate action to reduce methane and soot emissions, which UNEP and others have argued is possible and would bring significant health benefits, it will be possible to stabilize temperatures at 1.5°C (Myles Allen, Carbon Brief).

Many are arguing that a 2°C target isn’t good enough, and that the climate change impacts are significantly greater than those experienced at 1.5°C:

However, only elements of the Paris pact will be legally binding. The national pledges by countries to cut emissions are voluntary. The pact promises to make an assessment of progress in 2018, with further reviews every five years. As analysts point out, Paris is only the beginning of a shift towards a low-carbon world, and there is much more to do.

A number of fashion brands signed the White House Climate Pledge just before COP21 took place to show their support for international action on climate change. Examples include include Levi´s, Eileen Fisher, H&M and Adidas Group. The Climate Pledge is now supported by a total of 154 companies.

This does not commit the companies to take action, but it is a good start. Several fashion brands have already established targets for improving the sustainability of their operations. Levi´s goal is to reduce greenhouse gas emissions in their office, retail and distribution facilities by 25 percent by 2020. VF Corporation, which owns brands such as Eastpak and Lee, strives to use 100 percent renewable energy by 2025 in all its facilities.

What environmental issues do fashion brands need to tackle?

Pollution: The fashion industry is the world’s second most polluting industry, second only to oil.

Water Use: Cotton is responsible for approximately 2.6% of the global water use. According to WWF, it takes 2,700 litres of water to produce the cotton needed for one T-Shirt. Fashion Revolution Day equates that to the amount of water each of us would drink in 3 years. Between 1960 and 2000 the Aral Sea lost approximately 70% of its volume as a result of diverting water to grow cotton in the desert.

Water Pollution: Cotton agriculture and textile dyeing also have implications for water pollution. It is estimated that between 17-20% of industrial water pollution comes from textile dyeing and treatment and an estimated 8,000 synthetic chemicals are used throughout the world to turn raw materials into textiles, many of which will be released into freshwater sources.

A lack of visibility over what’s happening throughout the supply chain has resulted in severe resource depletion, toxic pollution, escalating waste and unethical labour practices. ‘Fast fashion’ has shifted the perception of clothing and accessories to be viewed as disposable items. Each year 1.5 billion garments are produced across the world. In the U.S. the average person discards 32kg of clothing annually. The Agency estimates 85% of these wind-up in landfills or incinerators. It is the same story for most other countries. Why are we consuming so much when we don’t need to be? Fast fashion is wearing out the world and something must be done.

Luxury fashion group Kering recently published an environmental profit and loss statement this year. It revealed their impact on water, air and waste. This enables Kering to gain a greater understanding of their environmental impact, essential in order to assess where major improvements can be made. Kering are one of four leading companies that was awarded a GCC Global Leaders of Climate Change Award by Livia Firth this month in Paris for their ethical and sustainable development. The other winners were Chopard, Unilever and M&S. Livia told WWD “these are the businesses who are really making an effort to change”. Read more about Livia here.

So what can we do?

We need to rethink how we shop and consciously choose what we buy and where from. We as consumers must create the demand for garments to be produced in an environmentally responsible way. Start by following Lucy Siegle’s 30 Wear Rule, only selecting items you know you will wear over and over again. Only buy something when you really need it. This doesn’t mean buy a new coat because it’s winter again, or some new trainers because you’ve had yours for a year. This means reusing and repairing until the item is fully worn out, recycling its remains and then replacing it! And do some research first. How does that brand incorporate sustainability into its business model, if it does at all? Does it monitor its environmental impact throughout the supply chain? Is it working to reduce its water/energy consumption? Does it use recycled materials? Start shopping more consciously today.

2 replies on “COP21: An Overview & The Fashion Industry”

[…] significant progress they are meaningless promises (much like the COP21 country pledges- read more here). Levi’s do however have 4 years to prove me wrong- and I hope they […]

[…] human well-being on a global scale. Even if countries meet the INDC plans they agreed to at COP21 (read more here), warming could still reach 2.7°C by 2100. The WEF are calling for action to build […]